Several tattoos have different meanings. Like every other tattoo, a black widow tattoo has its distinct meaning. They are quite popular to be regarded as a trend. However, not everyone likes this type of tattoo, as it is seen as a bad sign. For some people, it means a relationship has gone wrong.

The Meaning of Black Widow tattoo

The black widow tattoo is also known as the spider tattoo. These creatures symbolize a series of meanings, including witty, cunning and intelligence, femininity, temptation and danger, death, protection, treachery, wisdom

Artists and tattoos specialist love to add a variety of options to their designs. Some put more cartoon elements to their illustrations, while others play on the fear of many people and make their pieces more sinister.  Black widow tattoo seems to be of red and black, but designs colors are actually in the choice of the person who is getting inked. 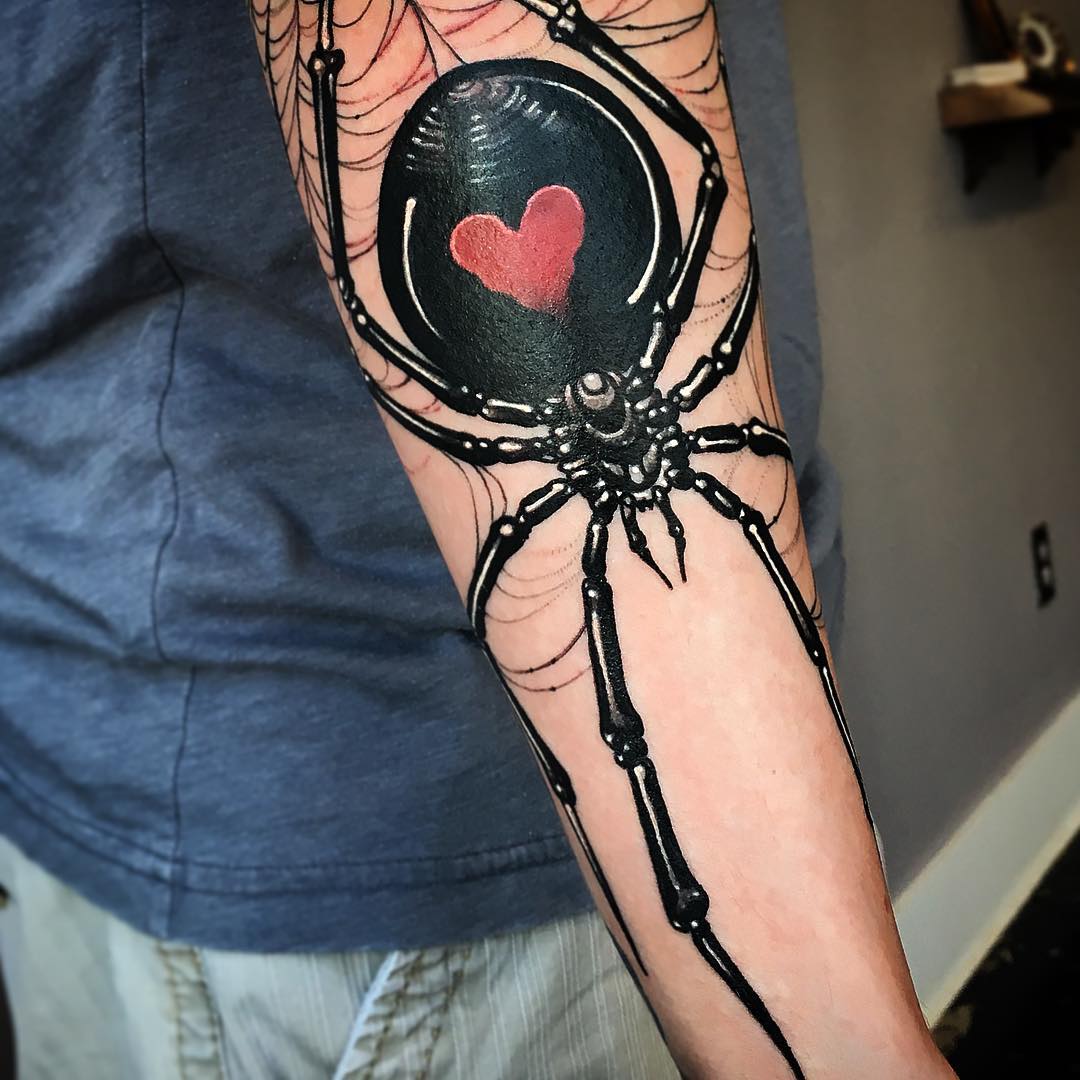 Getting caught in a spider web is not as bad as it sounds. A spider’s web is seen as a tangle of lies and betrayal, but in ancient Egypt, considered a symbol of fate. Since the spider catches its prey in its web, which many believe the spider web means to be caught doing something wrong or setting trap for others to be trapped. The tattoo of a spider web on the elbow became popular in a tacit way for criminals to show the world they have served in prison, but while this is not the only meaning of this complex symbol, it’s best define it. Spider web tattoos, in general, are an element of danger, intrigue, and danger.

A delicate black widow should not be trivialized. She may seem fragile and helpless on the outside, but she is willing and ready to launch a deadly attack at any time. Black Widow is a symbol of femininity, sexual power, intelligence, cunning, and independence. The image is one of the most popular in the genre and is by far the most associated with women who have indomitable, untamable personas.

Spiders have inspired fear and wonder in human throughout history, so it’s no surprise that many Aboriginal people see the world as part of the divine. From rivers of ancient Egypt to the vast lands of the Americans, spiders have been seen as gods of wisdom and cunning. Their connection with the spiritual world means that they were and are often described using tribal patterns and markings to impact their magical powers to the natives. Tribal tattoos spider extend this belief by expressing your pure intellect and add an air of mystery to an ordinary tattoo.

Good design can make or break your art. Before touching the sensitive skin with a sharp needle, you first have to think about what your new tattoo means to you and the message you’re trying to convey to the world with your body art. Where will it be on your body? Will you combine with other elements? It’s a difficult task to figure out which design works best for your body type and personality, but theinfostudio.com are more than happy to help you out.

Related Topics:
Up Next

EYEBROW TATTOO – WHAT YOU MAY WANT TO KNOW